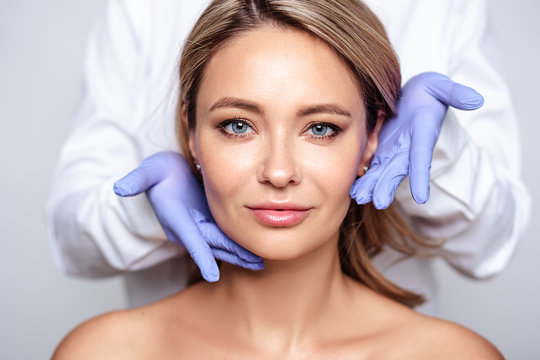 In the 1950s, scientists discovered that botulinum toxin could reduce muscle spasms. Extensive work in the 1970s and 1980s in the area of the eye and a disease called strabismus (cross eyes) led to the discovery that botulinum toxin can significantly help people with this problem. The Allergan Pharmaceutical Company purchased the rights to this drug in 1989 and named it BOTOX®. The following year, they received FDA approval for the use of Botox for strabismus and blepharospasms. FDA approvals that followed include treatment of cervical dystonia (neck spasms), treatment of frown lines between the brow (called BOTOX Cosmetic®), treatment of severe underarm sweating in 2004, treatment of upper limb spasticity, treatment of urinary incontinence and spasticity, and the treatment of dynamic wrinkles along the sides of the eyelids, also known as crow’s feet (BOTOX Cosmetic®).

The Composition & Biological Activity of Botox

Onobotulinumtoxin A, or BOTOX Cosmetic®, is a highly purified protein derived from the bacteria clostridium botulinum. It is very potent, and therefore, there is very little actual protein in an entire bottle of the medicine. Because so little protein is used to treat these FDA-approved areas, there is little chance for immune response and possible allergic reaction.

When injected into the intended muscle, like the corrugator muscle that makes the furrows between the eyebrows, the protein binds to the nerve endings and gets “swallowed” by the nerve into its interior. Once the Botox protein is inside the nerve, it can then go to work! The Botox protein interferes with an important protein inside the nerve ending designed to allow release of the neurotransmitter acetylcholine. This neurotransmitter is necessary to complete transmission of the nerve signal to the muscle, and therefore causes muscle contraction. This nerve protein is called SNARE, and Botox cuts a piece of the protein off called SNAP 25, which prevents the neurotransmitter for being released.

Because all other biologic activities of the nerve ending are unaffected, eventually the Botox protein is degraded into amino acids to be used for cellular repair, including the SNARE protein complex. In general, 50 to 90 percent of muscular activity returns in three months.

Botox can make your skin smoother by relaxing muscles around the eyes, mouth, forehead, and between the eyebrows. Even lines that are present when these muscles are not contracting can improve with time after your first Botox injections. The degree of smoothing is dependent on many factors, including skin thickness, your age and sex, and the amount of environmental injury your skin has sustained in your life (sun damage and cigarette smoke, primarily). Recommended intervals between Botox injections should be between three and four months to achieve the best results.

This is some text inside of a div block.

On April 29, 2009, a second botulinum toxin was FDA approved for cosmetic wrinkle reduction between the eyebrows. The approval of Abobotulinumtoxin A, or Dysport, led to renewed fears about botulinum toxins in general as well as confusion about which drug, Dysport or Botox Cosmetic®, is “better.”

The distributor of Dysport chose for an early approval process with the FDA, leading to warning labels for both Dysport and Botox Cosmetic® that describes, amongst other things, the risk of muscle paralysis spreading to distant locations and death.

Television had a field day with this, leading to widespread concern that people who have been using Botox Cosmetic® for years might have been “poisoned,” and should reconsider using the product. Reports of very large doses of botulinum toxins leading to deaths and hospitalization had begun to erode the product’s good reputation of being safe and effective. Not reported, of course, was that the FDA clearly indicated that significant illness or death has not been caused by cosmetic usage of any approved Botulinum toxin! Take comfort that Botox Cosmetic® has a long history of use in the United States and around the world for cosmetic purposes, and it has proven to be much safer than other prescription drugs currently available. Although its approval process was shortened, Dysport appears equally as safe as Botox Cosmetic for use in reducing facial wrinkles.

Fortunately, initial concerns about safety have been addressed by accurate and truthful information by both doctors and Allergan, the maker of Botox Cosmetic®. However, media has allowed certain individuals (doctors) to make unfounded, and frankly, false statements about the differences and supposed benefits of Dysport over Botox Cosmetic®, mostly in the form of “news stories” on morning and evening news television programs.

Although the internal protein is identical between the two drugs, the surrounding protective proteins are different, thus leading to different biologic effects between them. In general, the major clinical differences between them are:

Advanced injectors of both products would find these two clinical advantages for each product to be true:

A third botulinum toxin known as incobotulinumtoxin or Xeomin, was FDA approved for glabellar wrinkles in July of 2011, but had a delay in it’s marketing to doctors. It is similar to both BOTOX Cosmetic® and Dysport in it’s clinical activity. Unlike Dysport, its units of activity are the same as Botox, one for one.

Xeomin, Dysport, and BOTOX Cosmetic® are similar products available to the public that offers subtle differences from one another. An in-person consultation is important to discuss all the issues regarding these products to see which one is most appropriate for you.

Contact Us to discuss your plans for Botox Injections.

Get in touch to book your first appointment

maıl
hi@email.com
Thank you! Your submission has been received!
Oops! Something went wrong while submitting the form.